During his 30+ year career in the die cutting industry, Dave has trained operators on die cutting productivity and repaired presses all over the world – China, Canada, Australia, Peru, and throughout the United States. By working with so many companies, he’s learned multiple styles and techniques of die cutting, plus the inner workings of many brands of clamshell platen presses.

We bring that in-depth knowledge to every customer’s job.

Dave began his technical career in 1983 as a utility man with Thomson National Press. In 1990 he advanced to full-time assembly/service technician while obtaining an Associate’s degree in business from Northeastern University. He was then promoted to assembly foreman, overseeing more than ten full-time employees manufacturing several styles of machines; and performing field service when needed.

During his time at Thomson, Dave was involved in every aspect of the Thomson clamshell. His knowledge and input helped make changes that increased the press’ productivity and quality. In 2007, believing there was a viable market for field service of all styles of die cutters, Dave left Thomson and started his own business. Teaming up with Rob and Bob Weidhaas, the three partners started the service division of My Press Needs.

In 2017, Dave formed Nationwide Die Cutting Services, and continues to train operators and repair clamshell platen die cutters all over the world. 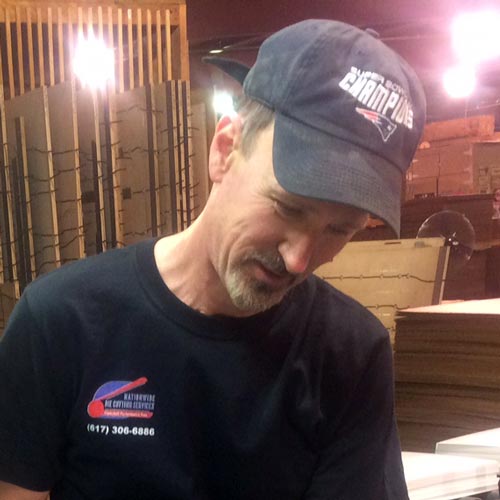 We service all brands.